Flash Jab Fiction is written by fans of pulp and speculative fiction. It is a no pay, no fee, writing-for-the-sake-of-writing type of gig. The stories are usually tough and raw and come from some of the bloodiest knuckles of the hardest punching crime fiction writers around today.

Subscribe to Bloody Knuckles and join other writers today.

Below are the responses to Flash Jabs summer Drabble challenge. A drabble is a story that is exactly 100 words (not including the title.) Each drabble was based on the same photograph. 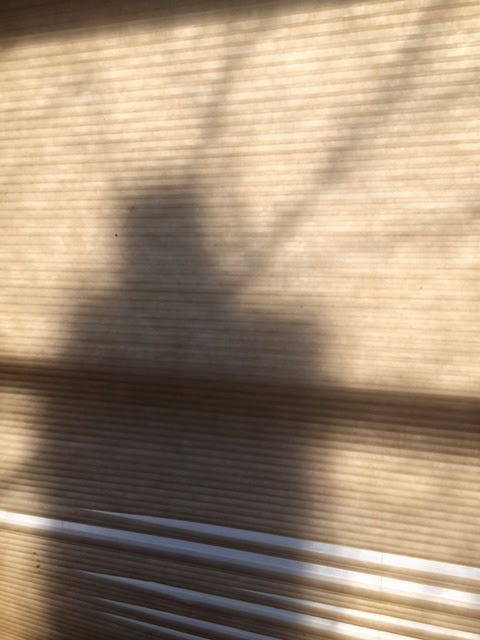 Colin’s shadow mirrored his movement as he passed the decaying wall.
It reminded him of another, seven hundred miles away. His cousin and best friend's
names were etched in its shiny black granite. What was it about walls anyhow?
Did they keep you in or keep the world out?
He shrugged; it was too complicated for him to figure out.
This was his daughter's birthday and if he was late, Norma would squeeze him for extra support as usual.

No way did he want to disappoint a three year old. He waved goodbye to his shadow and hurried on.

We sat on the porch of Harmony House rocking, and drinking iced tea. Bertram
pointed to a shadow on the wall across the street and said, "Like clouds,
you can see different things in shadows.

"Let's try the shadow behind that man at the bus stop."

I said okay; the others thought it was silly.

Bertram said. "It's a man carrying a box with an arrow through his neck."

Before I could go the man fell over and I could see someone had shot an
arrow through his neck.

"Good guess," Bertram said, backing into the home with a bow.

Raymond Brown's friends had disappeared and he was walking alone now with his head down, dragging his heavy sack behind him. Raising his eyes, he peered at a sudden gigantic shadow which stretched across the street and climbed half-way up the back of a house. How menacing that dark figure looked. He grabbed his phone and snapped a picture. Checking the photo, a big smile spread across his face. How menacing that dark figure looked. Wait until everybody saw all his candy, and the awesome shadow which made his Batman costume look ten feet tall. This was going to be the best Halloween ever!


The Colour of Shadows
The boy wonders what it would be like if shadows had colour. Would angry shadows be red? Happy shadows yellow? Would a shadow cast in spring be fresh and green? He forgets himself for a moment and smiles.
His father’s shadow looms up the wall, crisper in sunlight. The boy does not need to see the restraints to know they are there.
‘Come out come out wherever you are, I can see you.’ Father’s voice echoes off the brickwork. The boy’s smile dries, sticks his upper lip to his teeth.


If shadows had colour his father’s would still be black.

Jack Bates
I started writing a long time ago. I've gotten better at it.

Jack's Works Around the Web

The Serpent Beneath the Flower

Broken Down on the Bonneville Flats